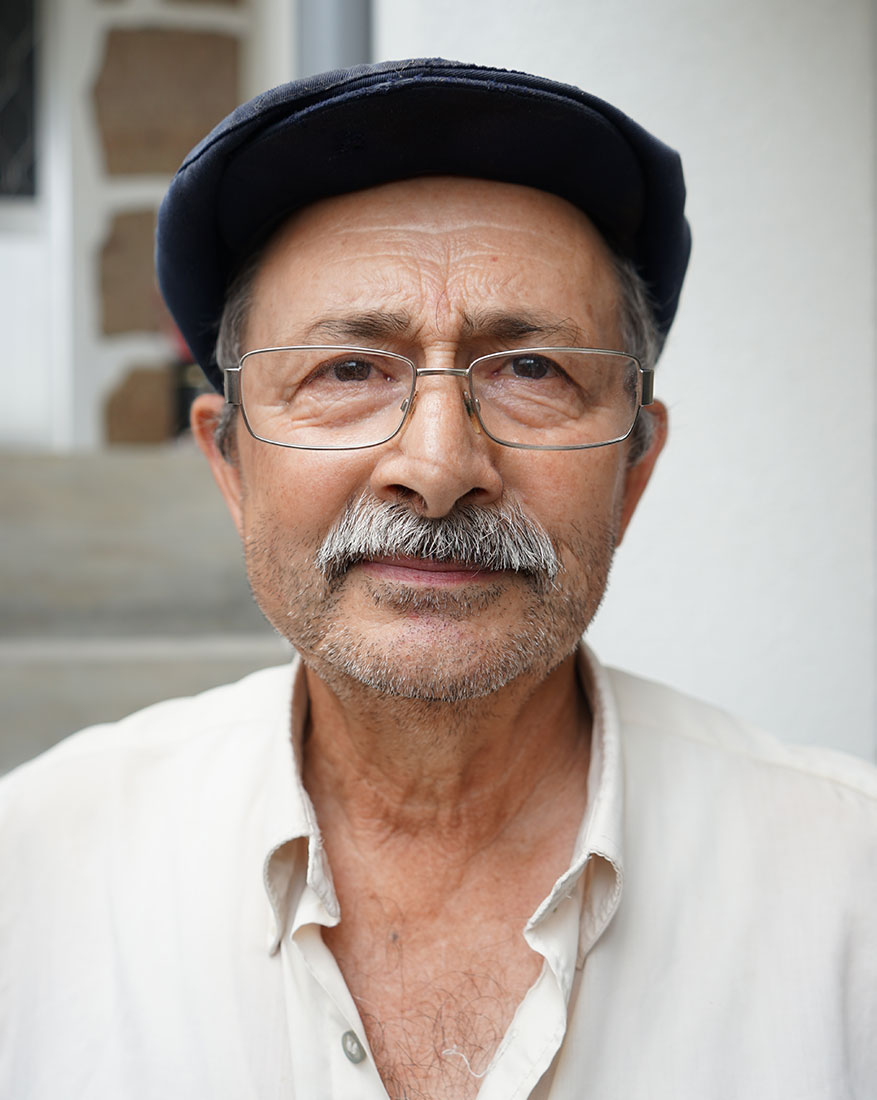 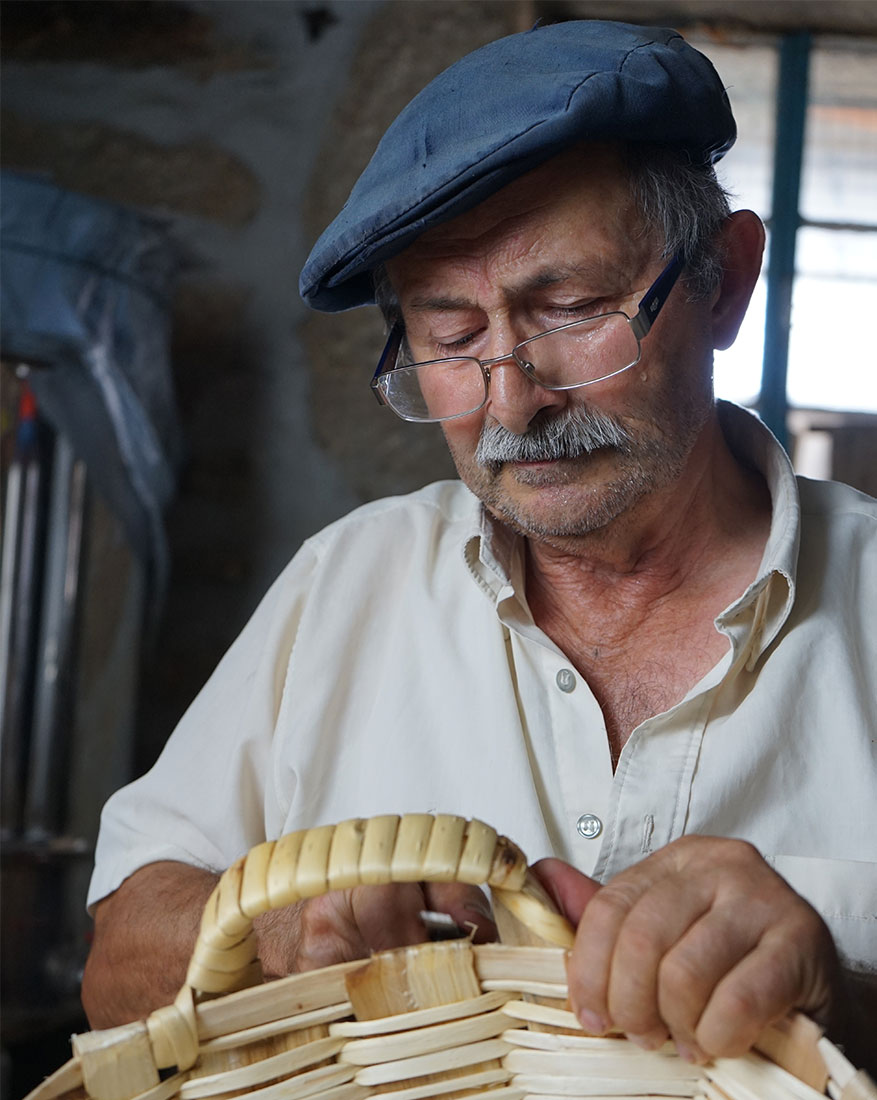 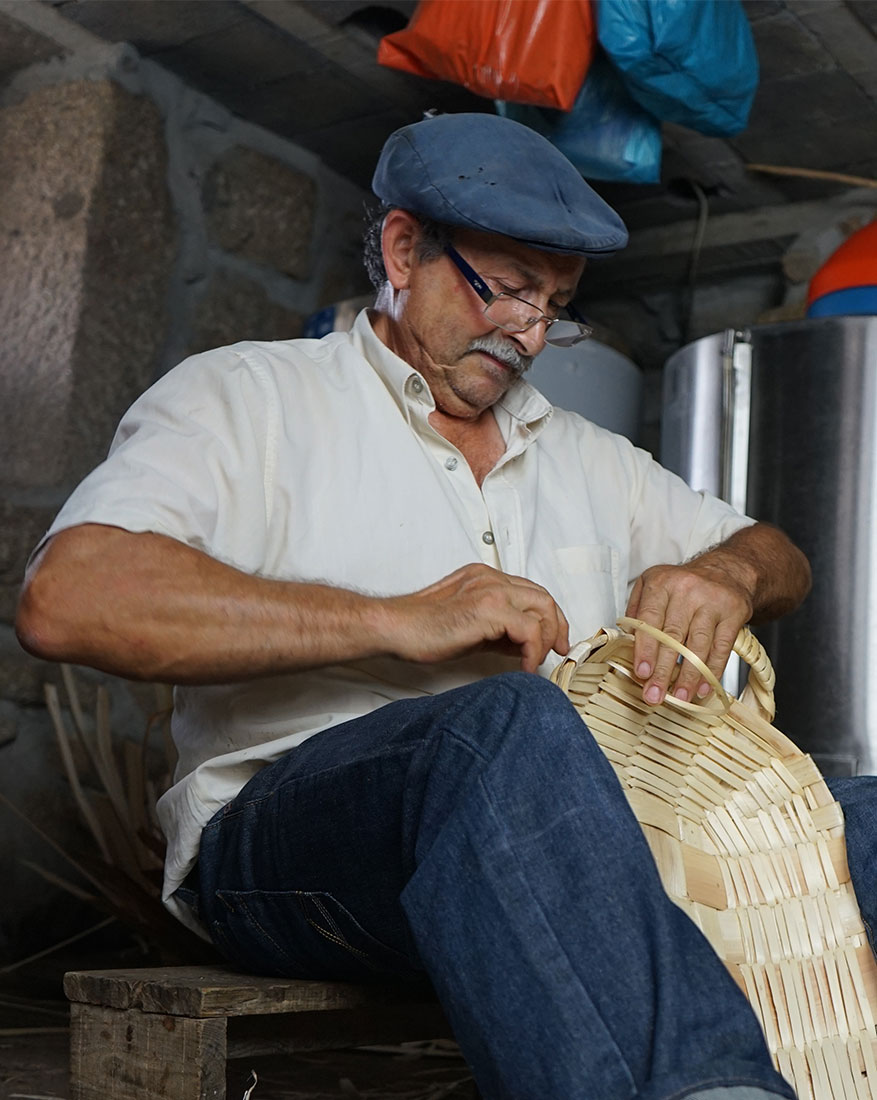 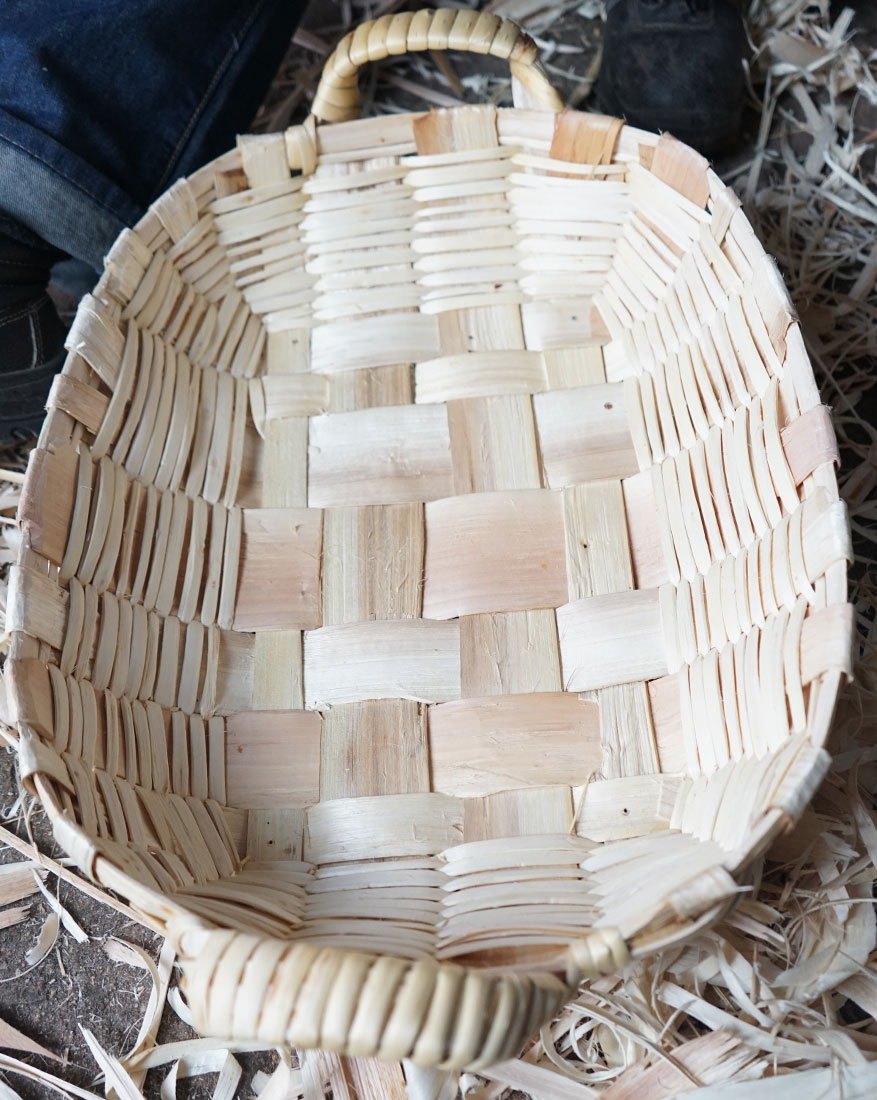 Manuel Leal Moreira was born in 1951 in the parish of Peroselo, where he still lives and works. He grew up among the willow, the wicker and the australian wood. At the age of eleven, he learned the trade from his father and a cousin. At twenty-seven, he chose another profession, but always with a hand in the basketry to «withstand his father’s orders». Later, already retired, he embraced the craftsman profession in exclusivity since 2010. Accompanied by a planer, a gouge and his father’s bench, he repairs and makes, with perfection, wicker baskets, gigos, condessas, hampers and stuffs carboys «to meet the customers expectations, tastes and needs».

About the business, he states that «the demand is not the same because plastic has been competing». As for the future of this craft, he warns in an outpouring tone, «if no one learns, we’re damned!».