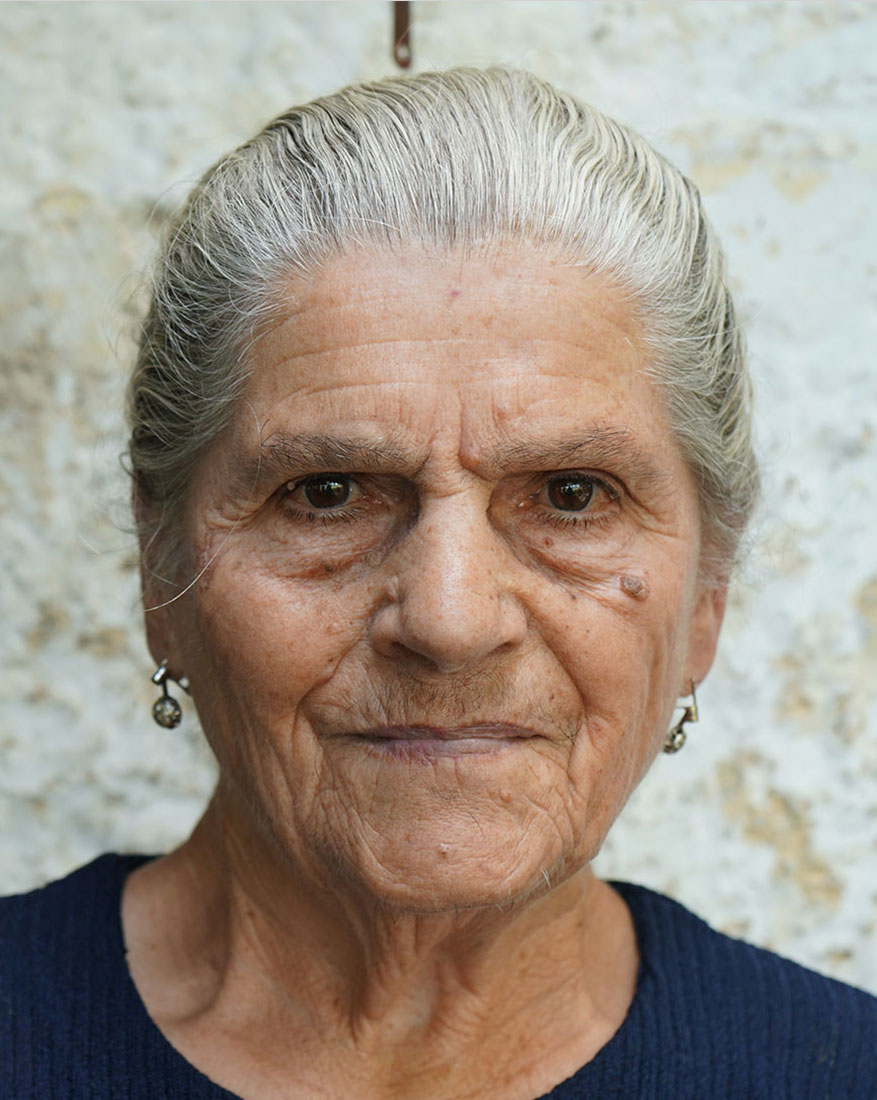 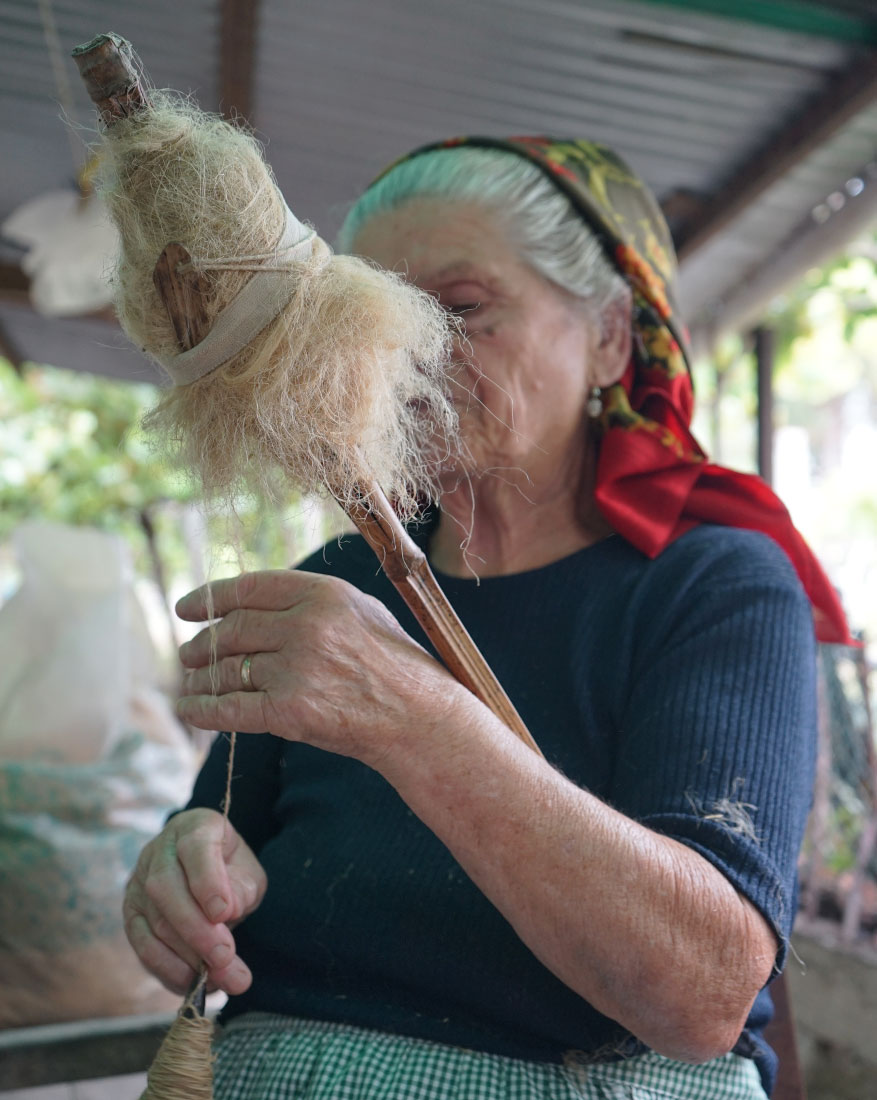 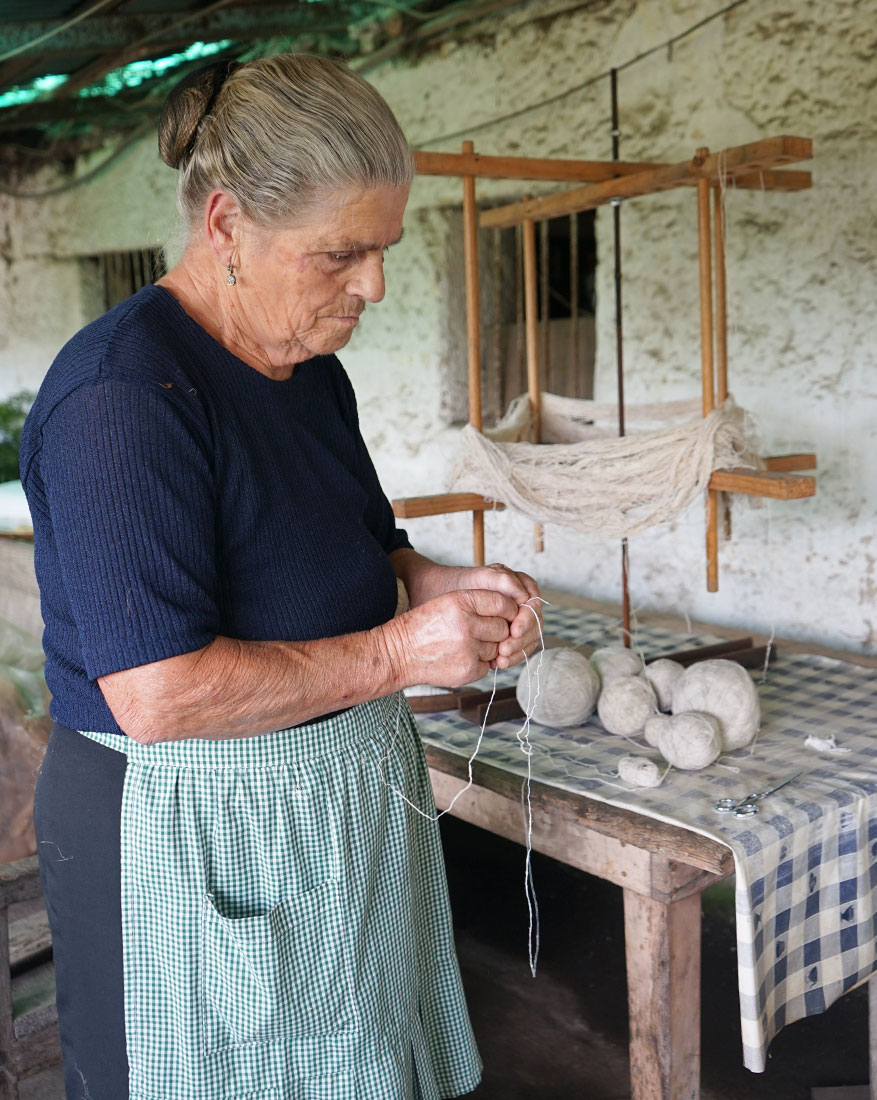 Maria Emília Ribeiro was born in 1933 in the parish of Castelões, where she lives and works. As a child, she won the nickname of Miquinhas Weaver, when she learned with her parents how to work the flax, from planting to leaving the loom. She recalls with nostalgia the spring and summer of olden times, when the nights were dedicated to the preparation of flax after the harvest, and the songs she sang along with other «unmarried girls» that cheered the surroundings together with the sound of scotching, hackling and spinning.

Although she is no longer working, she is often invited to speak and demonstrate the various stages of her craft, «if I had worked only on the loom, I would have rejuvenated», says without regret. Even today, she affectionately keeps the tools and loom offered by her father in the distant year of 1949, «it cost 150 escudos!».